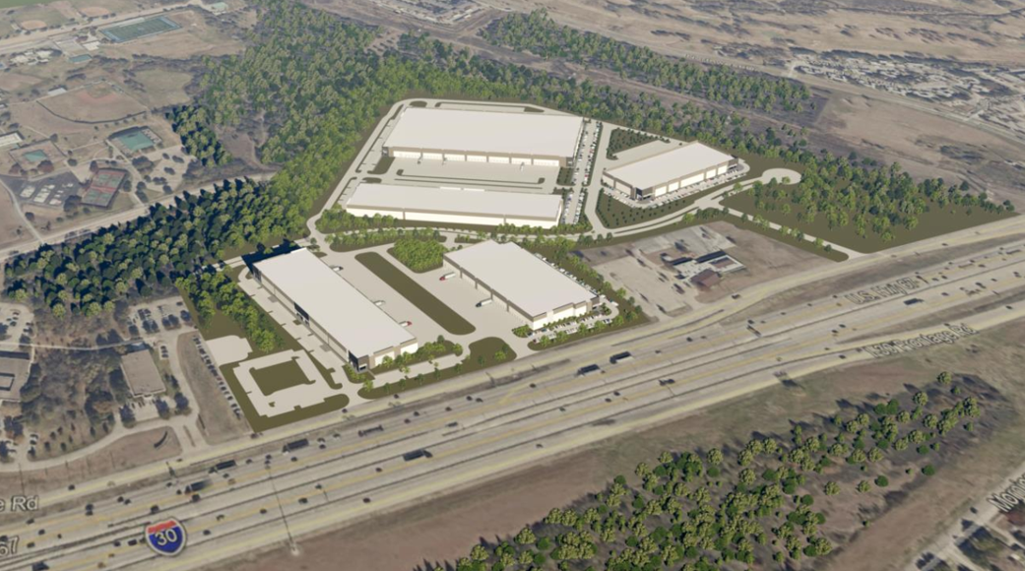 A $71 million business park planned for Mesquite will include five new industrial buildings.

The Mesquite City Council has approved zoning for the 80-acre project near Interstate 30 and Republic Parkway. Dallas-based Urban Logistics Realty is building the 979,000-square-foot industrial complex in what Mesquite calls its Urban District 30 area.

"Located near the intersection of I-635 and I-30, Urban District 30 represents an extremely rare opportunity to create a critical mass of true infill logistics product," Urban Logistics Realty president Jason Nunley said in a statement. "The proximity to a major urban core, coupled with a great labor market, help make this one of the most compelling business centers in North Texas."

Mesquite officials expect the new industrial part to generate more than 500 additional jobs for they city. The developer is seeking economic incentives for the project.

"We are excited about the possibilities of this project," Mesquite's economic development director David Witcher said. "It will be a class A urban industrial campus and will offer adaptive design elements to clients to attract and retain workforce.

Witcher said the project also will include green space and public art.